TCPA Compliance and What It Means for Sales Dialing 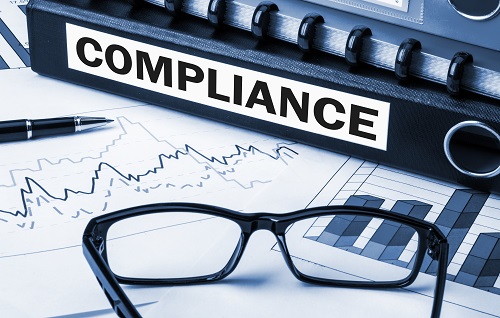 Have you heard about the Telephone Consumer Protection Act (TCPA) of 1991? If you’re in sales, and calling customers through power dialers, you could be non-compliant and subject to millions of dollars in fines. Yes, millions. Read on to learn what TCPA is, the fines that other companies have received for being non-compliant, and how to ensure your sales dialer is TCPA compliant.

The Federal Communications Commission (FCC) states that the TCPA was enacted to restrict telemarketing calls and the use of automatic telephone dialing systems and artificial or pre-recorded voice messages. In 2012, the FCC revised the rules, listed in Appendix A of the TCPA, “Restrictions on Telemarketing and Telephone Solicitation,” to require that telemarketers (including those in the B2B arena, who are not exempt from TCPA) are restricted from:

When you think of the word robo-dialers, what comes to mind? For me, before I started working here, robo-dialers meant scammers calling from unknown numbers telling me I’ve won a vacation or that my Microsoft security is out of date and they need to remote in to my computer to fix it. Spoiler alert: I’ve written about IT security issues for the past decade, so I don’t pick up on any numbers I don’t recognize anyway, but the voicemails are always entertaining.

Learn the top terms in B2B sales. Read this blog.

However, robo-dialers aren’t just used in scam calls like those. Instead, they’re used in actual legitimate Business to Consumer (B2C) and Business to Business (B2B) calls. The definition of an automatic dialer or auto dialer/robo-dialer from the TCPA is:

An auto dialer is a device with the capacity to store or produce telephone numbers to be called, using a random or sequential number generator and to dial such numbers.

That’s the definition. It’s not a call that’s dialed by a computer with the intent of scamming someone and the number is randomly chosen.

Think about the system that you or your sales team is using to make calls. Does this information make you worry that you might be non-compliant with TCPA?

Sorry, but you’re about to be more concerned when you hear about the costs.

What’s the Cost of Non-Compliance?

If you’re using auto dialers (also referred to as power dialers) for your B2B sales calls, the stakes are high. How high? Each TCPA violation can result in a fine of $16,000 per call.

Look at the below TCPA fines and settlements. Could your company—or you, personally—afford paying these fines

With fines and settlements as high as these, you’re correct to be concerned about the risks associated with using auto-dialers. So, what can you do?

First, ask the software company you’re using for calls if they use auto-dialers. If they don’t know, ask them to find out, because not knowing won’t help you when the FCC comes knocking with a non-compliance lawsuit.

If they do use auto-dialers and have no plans to change that, you need a different software company. The risks are just too great.

Is Koncert an Auto Dialer?

Our customers can rest assured that none of our products could be classified as an auto dialer.

The code for our entire dialing stack (Click Dialer, Flow Dialer, and Agent-Assisted Dialer) is set so dials aren’t made until a human initiates that call.

For Click Dialer and Flow Dialer, the rep making the call opens the dialer, chooses who to call, and makes the call.

Reach out to us here at Koncert today to learn more about TCPA and our B2B dialing stack and multi-channel sales engagement software. Simply click here or give us a call at 800-955-5040.